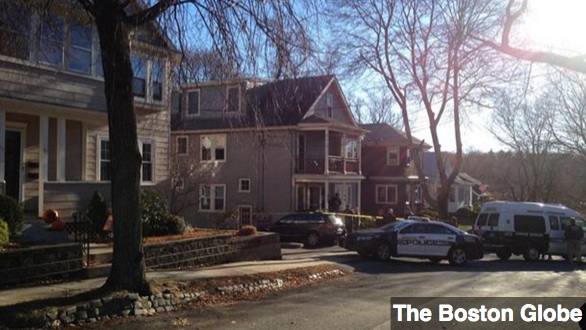 Police have launched an investigation after a married couple and their two infant sons were found dead in their Massachusetts home.

An investigation is underway in Arlington, Massachusetts after a married couple and their two infants sons were found dead in their home.

Local police have identified the family as Scott Jones and Mei Kum Jones, both 43, and their sons Colt and Cameron — twins who would have turned one just next week. (Via WFXT)

The family was discovered by an officer Monday afternoon after a neighbor called in for someone to check on the family. (Via WHDH)

The incident is currently being investigated as a murder-suicide, although authories have revealed little details so far about the case.

In a press conference, they announced the family died violently, but would not reveal how or what potential weapons may have been used. (Via The Boston Globe)

The couple reportedly had marital problems and was planning a divorce, but authorities also have not revealed if that played any role in the incident. (Via New York Daily News)

And according to The Boston Globe, a " ... neighbor said police responded to the house two years ago when Scott Jones threatened to kill himself."

A law enforcement official later confirmed that neighbor's account. Authorities say they will await the autopy reports to determine the family's cause of death.