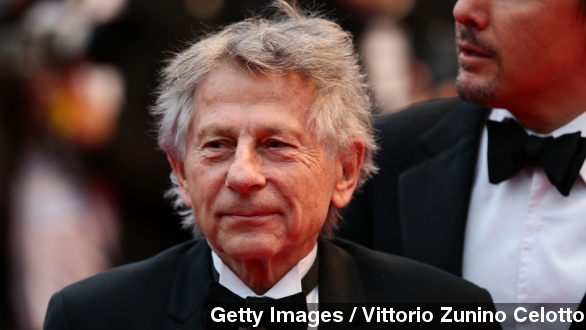 A Los Angeles judge denied Roman Polanski's request, ruling he must return to the U.S. for his claims to be heard.

A Los Angeles court has denied an attempt by Oscar-winning director Roman Polanski to get the decades-old sexual assault charges against him dropped.

The judge ruled the case could not be dismissed as Polanski remains a fugitive outside the country and he would have to return to California to address the claims.

Polanski's attorneys filed the claim earlier this month in an attempt to allow him to travel freely without the threat of extradition.

In 1978 Polanski was accused of drugging and raping a 13-year-old girl the previous year. The French-born director pleaded guilty to one count of statutory rape and served 42 days in prison.

But according to KABC: "There was an understanding between the prosecution and defense that the time served in prison would serve as Polanski's punishment. The judge later reneged on the agreement and suggested Polanski would go back to prison." Polanski then fled to France the night before his formal sentencing.

The director's been in exile from the U.S. ever since but has so far avoided extradition. He successfully continued his career, even winning a Best Director Academy Award for "The Pianist."

So why try to close the case now? Well, Polanski reportedly wants to film his next movie in Poland.

But earlier this year he was questioned by Polish police at the U.S.'s request while attending the opening of a Jewish museum in Warsaw. He was later released without charges, but a police spokesperson refused to rule out extradition in the future.

According to The New York Times Polanski's lawyer, Alan Dershowitz, claims that extradition request "deliberately omitted the fact that Polanski has already served the term of imprisonment imposed by the trial judge."

To film in Poland, Polanski is asking Polish officials for assurances he won't be subject to extradition. We don't know yet if his attorneys will appeal the L.A. court's decision.