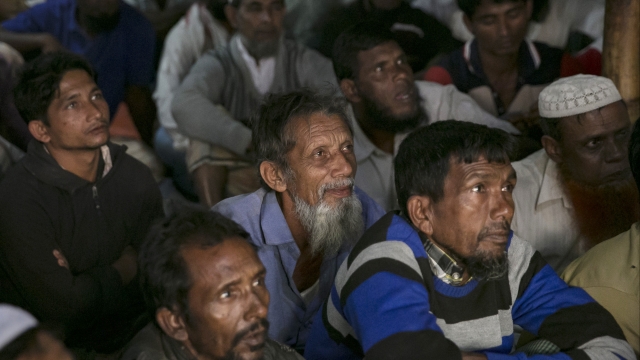 International Court of Justice says Myanmar must act to safeguard its minority Rohingya population, which has faced sweeping military assaults.

The International Court of Justice has ordered Myanmar to protect its Rohingya population after scathing charges of mass killings and rapes the United Nations says were carried out with "genocidal intent."

The ruling last week by the U.N.'s top legal tribunal intensifies the international spotlight on one of the world's most searing humanitarian and refugee crises.

In 2017, troops in Myanmar attacked and set fire to villages in the state of Rakhine, forcing more than 700,000 Muslim minority Rohingya to flee across the border into Bangladesh. Another 100,000 took refuge in camps inside Myanmar, formerly known as Burma.

The humanitarian group Doctors Without Borders reported that 6,700 people, including 730 children, died in the military assault, and total deaths may have topped 13,000. The U.N. interviewed survivors, including adults and children, at refugee camps in Bangladesh.

"There were killing, burning houses, torturing, abusing. That is why we fled here … torturing and beating."

Last Thursday, people in those camps watched on television as the International Court of Justice ruled that Myanmar must act to prevent continued violence against the Rohingya, including 600,000 residents still in the country.

“The Republic of the Union of Myanmar, shall in accordance with its obligations under convention on the prevention and punishment of the crime of genocide, take all measures within its power to prevent the commission of all acts.”

Myanmar's foreign ministry rejected allegations of genocide, claiming human rights groups have presented a "distorted picture" of what has happened.

However, last week a government commission acknowledged potential war crimes resulting in as many as 900 deaths — far lower than international reports. The military claims it carried out raids in response to attacks by Rohingya militants on more than 30 police outposts in 2017.

The International Court of Justice directed Myanmar to file reports every six months on measures to protect the Rohingya from further violence. It also warned the government not to destroy any evidence of genocide.

The Court of Justice can refer matters to the U.N. Security Council for potential action. But otherwise, it has limited enforcement powers. However, the New York-based Global Justice Center says the court's ruling confirms that "where genocide occurs, it’s a matter for the entire international community."