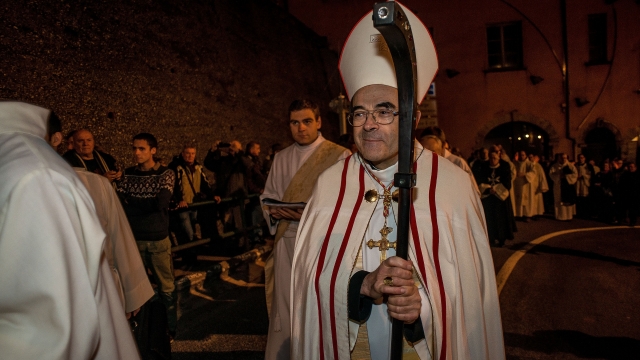 A French appeals court overturned a cardinal's conviction for failing to report sexual abuse allegations within his diocese.

A court in Lyon handed Barbarin a six-month suspended sentence in March 2019 for covering up allegations that a priest had sexually abused a number of Boy Scouts more than a decade before joining his diocese. Barbarin admitted he first learned about the allegations in 2014 but didn't take action until the public found out a year later.

The cardinal offered to resign following that original ruling. But Pope Francis refused to accept it until after the appeals process was over.

The appeals court said it ultimately made the decision to overturn because there was no evidence that Barbarin intentionally sought to cover up the sexual abuse allegations. A lawyer for the victims in the case said they plan to appeal the acquittal.

Additional reporting by Nicolas Vaux-Montagny of the Associated Press.