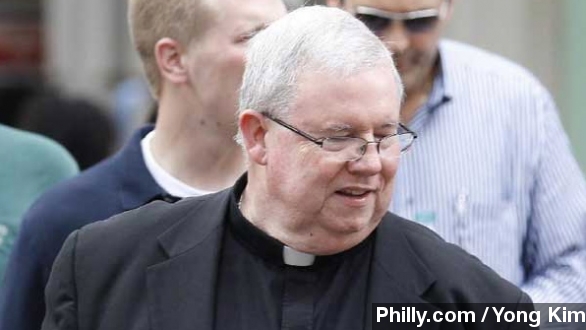 A Superior Court of Pennsylvania has overturned the conviction of William Lynn, the first U.S. priest found guilty of mishandling sex abuse cases.

The first U.S. priest convicted of mishandling sex abuse cases is set to be freed from prison after serving just 18 months of his three- to six-year sentence.

A three-judge Superior Court panel unanimously overturned the felony conviction against Monsignor William Lynn. He was with the Catholic Archdiocese of Philadelphia from 1992 to 2004. (Via WCAU)

Lynn was found guilty of child endangerment back in June of 2012. The landmark case stemmed from evidence that Lynn had knowingly reassigned predators to new parishes. (Via WFQX)

But when one reassigned priest was found to have sexually abused a child in 1998, Lynn was found liable. (Via The Media Report)

Lynn's defense attorneys argued during the trial that he was convicted under a law that applies only to parents and caregivers, not to Lynn's position as a supervisor. (Via NECN)

The original trial judge said that reasoning didn't hold up. But Thursday the Superior Court used that very argument to overturn his conviction.

"All the court is saying is that the statute is so narrowly defined that it does not encompass the acts that are alleged to have been committed by Monsignor Lynn." (Via WPMT)​

Victims' advocates of sexual abuse say they are outraged at the court's decision.

"You absolutely have to hold these people accountable. If you don't, victims won't come forward, and it just makes it easier and easier for perpetrators to keep preying on kids." (Via WPVI)​

The Archdiocese of Philadelphia released a statement following the ruling saying: "We recognize that today's news is especially difficult for survivors and their families. We profoundly regret their pain." (Via Philly.com)

The Philadelphia District Attorney's Office has come forward saying it is disappointed with the court's ruling and will most likely move to appeal the decision.