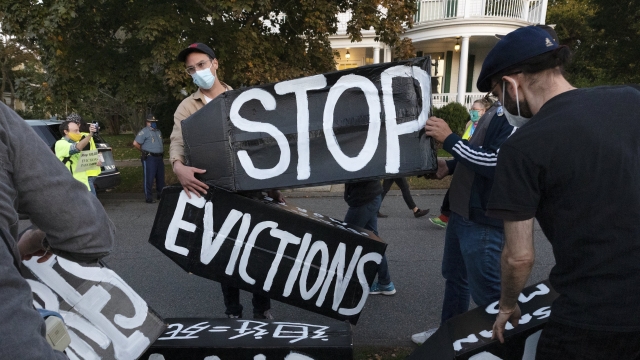 The ban was put in place by the CDC but challenged by the Alabama Association of Realtors.

In case you missed it Tuesday, the Supreme Court moved to uphold a nationwide moratorium on evictions for people who had trouble paying rent during the pandemic. It was a five-to-four vote.

The ban was put in place by the CDC but challenged by the Alabama Association of Realtors.

It's set to expire on July 31. As such, the court decided to let it be, ruling that the extra time would allow for federal funds to be distributed properly.

The Biden administration has said it doesn't plan to extend the moratorium any further.