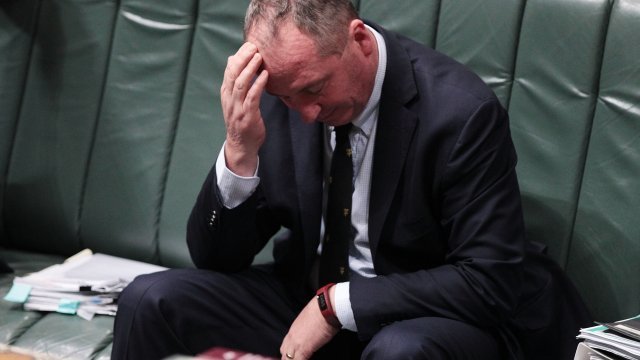 Australia's constitution says lawmakers with ties to another country are banned from running for office.

Multiple Australian lawmakers have been kicked out of the country's Parliament over their ancestry.

On Friday, the country's High Court ruled against five politicians for having dual citizenship. The decision affects the deputy prime minister and four senators.

Australia's Conservative Party only ruled by a one-seat majority, and it lost three lawmakers in the decision. Losing its majority could cost it control over the country's political power.

Australia's constitution forbids members of Parliament from being "a subject or citizen of a foreign power."

Two senators resigned earlier this year after discovering their dual citizenships. This launched several inquiries into other politicians' backgrounds, which eventually wound up in front of the High Court.

The political parties involved are under fire for sloppy vetting of the candidates. The law itself has also faced questions, given that almost half of all Australians were born abroad or have one parent from overseas.

Though rarely successful, similar citizenship challenges aren't unheard of in the U.S. Both Sens. John McCain and Ted Cruz faced questions about their birthplace during their respective presidential runs.

The Australian lawmakers aren't out for good — they can choose to annul their second citizenship and run again for re-election. Deputy Prime Minister Barnaby Joyce has already renounced his New Zealand citizenship and plans to run in December.

The sheriff claims his team spotted "9 points of forgery" in President Obama's birth certificate — even though the validity has long been established.

For Australia, this is the most lawmakers to be caught by the ban — only two were discovered prior to this scandal.