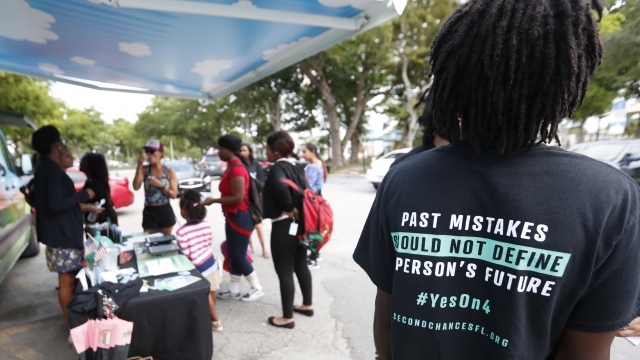 A lower court had said requirement that felons pay fines before registering to vote was an unconstitutional poll tax.

A federal appeals court ruled that felons who haven't paid court fees or fines cannot register to vote — likely barring them from the 2020 election.

The court reversed a lower court's ruling in a 6-4 vote Friday — siding with Gov. Ron DeSantis and the Republican-controlled legislature over voting rights activists. The lower court had called the requirement an unconstitutional poll tax.

With the deadline for registration being October 5th, felons who fail to pay fines before then will be barred from voting in the critical swing state, unless another court acts.

Floridans voted overwhelmingly in 2018 for Amendment 4. It granted felons the right to vote once they've complete their sentences.

However, lawmakers changed the definition of a completed sentence the next year — requiring all fines and fees to be paid in addition to serving time.

Voting rights advocates have criticized the law — saying it effectively creates a "pay-to-vote" system that targets minorities and poor Americans.