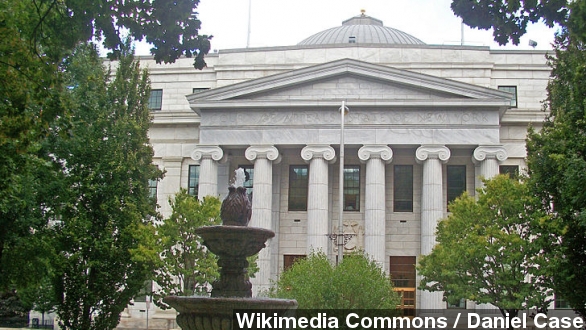 A New York court decided Fox News reporter Jana Winter doesn't have to reveal sources she cited in her reporting on the Aurora theater shooting.

New York's Court of Appeals ruled that Fox News reporter Jana Winter won't have to reveal her sources for a story she wrote on the Aurora, Colo. theater shooting suspect, James Holmes.

"Lawyers for James Holmes wanted reporter Jana Winter, who is based in New York, brought to a Colorado courtroom to name two law officers who told her Holmes had mailed a notebook depicting violence to a psychiatrist." (Via WTEN)

"Lawyers argued that making the private notebook public would not allow Holmes a fair trail." (Via YNN)

In her original story, Winter relied on two unnamed "law enforcement sources" to report that Holmes' notebook, which contained pictures of "gun-wielding stick figures" and a shooting massacre, sat in an unopened package for a week at the psychiatrist's office. (Via Fox News)

Holmes' lawyers said that Winter's sources violated a gag order placed on police, and they wanted to subpoena her to reveal the names for possible further legal action. (Via KMGH)

In a 4-3 decision, the court said Winter will not have to turn over the names based on New York's strong "shield law," which gives protection to journalists.

The opinion for the case, written by Associate Judge Victoria Graffeo, says, "New York public policy ... provides a mantle of protection for those who gather and report the news — and their confidential sources — that has been recognized as the strongest in the nation."

On the other hand, Judge Robert Smith wrote the dissenting opinion based on the fact that Winter completed most of her reporting in Colorado, which he believes is beyond the reaches of New York's shield law. (Via Politico)

Still, Winter's attorneys are calling the ruling a victory for journalists everywhere.