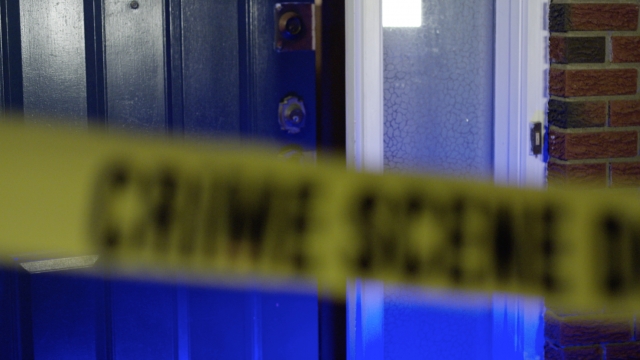 Staying home is a good way to protect yourself from the coronavirus, but for some, home is not a safe place.

While staying at home has been a way to protect ourselves from this new virus, for some, home is not a safe place. As the weeks of shutdown orders have ticked by, their lives have become more and more dangerous.

"This pandemic, as an unintended outcome has resulted in silencing survivors," said Kristin Shrimplin, president and CEO of Women Helping Women, a program in Greater Cincinnati that serves survivors of gender-based violence.

"You now have a survivor in a very small space with her abuser, and abusers operate from power, and control in isolation is a huge tactic. And being able to remove a survivor from friends, family, coworkers, resources for help."

Domestic violence is difficult to quantify: It typically happens in the privacy of people’s homes. But we looked at the calls for emergency medical help and found a frightening trend.

Injuries from domestic violence seem to have gone up across the country.

Over the month of March, as shelter-in-place orders spread across the country, the rate of emergency medical services runs for injuries caused by abuse increased by 42%. But as more serious injuries were going up, we found something strange was happening with calls to police and to hotlines.

"Fewer hotline calls were coming in. The hotline calls had to be quicker," Shrimplin said. "It wasn't safe for survivors to be overheard on the phone."

We saw similar trends in domestic violence reports to police. While there were some places where the reports increased, in the majority of cities we analyzed, domestic violence-related crime reports either stayed the same or actually decreased when compared to years prior.

But experts say a drop in calls doesn’t mean there’s a drop in domestic violence. It just means fewer people are seeking help. Instead, our analysis points to a more dangerous reality. It's only when things get really violent that intervention may happen.

"There’s no mistake about it. The chronic nature of what survivors are experiencing. ... Increased strangulation, increased sexual assault, the situation absolutely escalating," Shrimplin said. "Prior to COVID, our region was doing really well. We went from little to no domestic violence homicides for the past 20-plus months, two years. Now we know in our city in the month of April, six women were shot and killed. And that we know for sure three were related to domestic violence."

In fact, we found that more women were killed in Cincinnati this April than in any single month in the last six years.

In recent weeks, the National Domestic Violence Hotline reports receiving 10% more contacts than normal, and they expect to have more as states continue to open up.

But experts fear the long-term economic stressors this pandemic is bringing will likely make it harder than ever for people to leave violent situations.

"When many survivors leave a relationship, there are huge consequences and a new reality that is awaiting them," Shrimplin said. "You put on top of that [a] pandemic, in a massive recession with unemployment at Depression era numbers. ... There's not a safety net financially or physically."

Like other groups across the country, COVID pushed Shrimplin’s program to launch a web chat and text platform, making it easier for survivors to reach out if the abuser is nearby. Court systems in other parts of the country are now allowing protection orders to be prepared virtually.

"There's a lot of outcomes of a pandemic. I would hope that we all collectively have increased our empathy," Shrimplin said. "If there's anyone we know, who tells us that they're experiencing gender-based violence, that we simply say to them, 'It's not your fault, and there's help available.'"

If you or someone you know is experiencing abuse, contact the National Domestic Violence Hotline by calling 1−800−799−7233, visiting the website at www.thehotline.org, or texting "LOVEIS" to 22522.