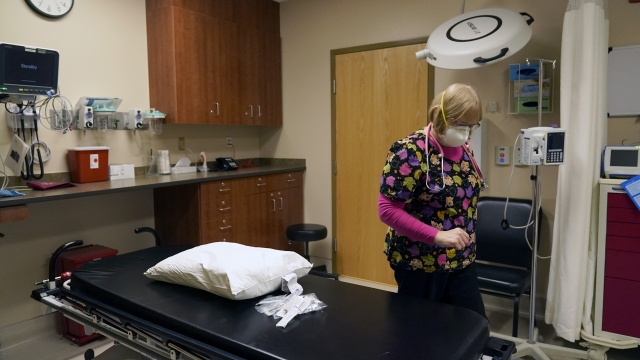 The U.S. is seeing a spike in COVID infections and health officials say areas with low vaccination rates are seeing the worst of it.

Southwest Missouri's Green County has declared a local emergency as hospitalizations climb to their highest levels yet since the pandemic hit. And one nurse in nearby Taney County, another hot spot, says the surge is taking a toll on them.

Kayla Hilles is an ICU nurse at Cox Medical Center in Branson, Missouri. She said, "It's like we're continually fighting every day. We go in, we're taking care of these patients. It's emotionally and physically draining for us. You know, we fight to try to keep these people alive. There's a one-to-two percent death rate – that's because of the work we're doing. That's because of how hard we work."

And despite outreach efforts by the White House, vaccine resistance isn't going away.