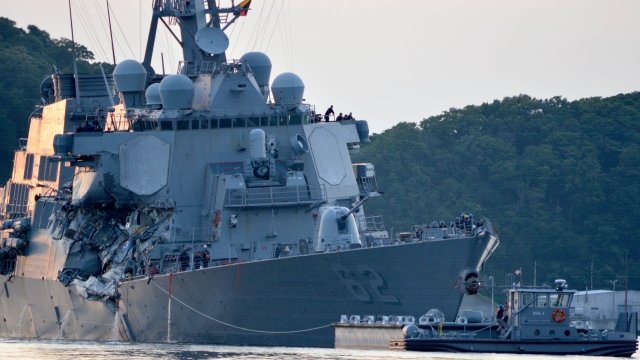 The crew aboard the USS Fitzgerald may be at fault for the shipwreck that killed seven U.S. sailors.

In June the USS Fitzgerald collided with a merchant ship off the coast of Japan. The sailors died when damaged areas of the ship flooded after the wreck.

Unnamed defense officials told CNN the investigation points to the Fitzgerald crew, who they say failed to act on avoiding the oncoming cargo ship.

Officials said they thought Petty Officer 3rd Class Peter Mims was lost at sea, but he was actually aboard the USS Shiloh the whole time.

One official said the crew "did nothing until the last second."

The Navy issued a statement following CNN's report saying that since the investigation is still in the early stages, speculating on the cause of the collision is premature. It will release more detailed information as the investigation unfolds.