Crews Make Progress On Largest Wildfire Burning In The U.S. 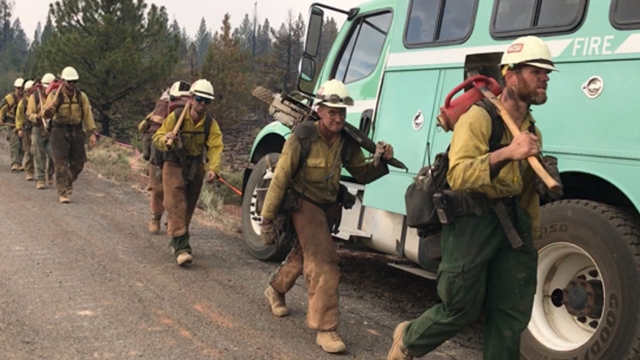 Weaker winds are helping crews slow down the spread of the Bootleg Fire in southern Oregon.

Firefighters are starting to make progress against the Bootleg Fire, the largest wildfire burning right now in southern Oregon.

Crews there are starting to scale back some of their night operations as weaker winds help slow down the spread. Firefighters have made great progress with containment lines.

While it's good news, there is still a lot of work to be done. The fire is still threatening homes and has already burned an area about half the size of Rhode Island.

People in northern Califronia have had to evacuate because the Tamarack Fire continues to grow.

It has spread into Nevada and firefighters are having a tough time getting a handle on it because of its remote location.

"We're all just trying to stay calm, not panic and just fill up your car with gas and take care of the good business," Sharon Booth said as she prepared to evacuate.

About 800 people have been evacuated from their homes and at least 500 buildings are threatened.

Around 1,200 firefighters are trying to get this fire contained.