Crime, Corruption And Zika: Why The Rio Olympics Could Be A Disaster 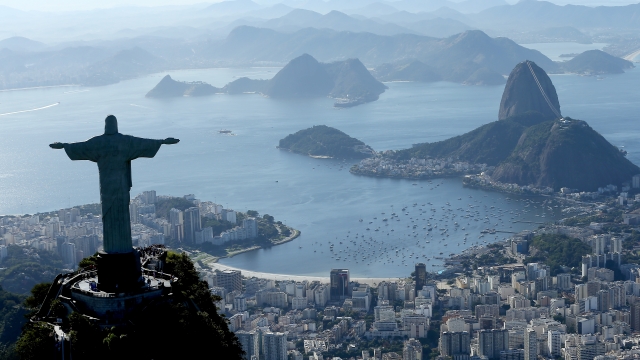 Political upheaval, the Zika virus and a spike in crime are all looming over Brazil as it prepares to host the 2016 Summer Olympics.

The Rio de Janeiro Olympics will begin in less than two months, and they couldn't be coming at a worse time for host nation Brazil.

Law enforcement officials are battling a crime wave around the host city. Murders in the state of Rio through April 2016 were up 15 percent compared to 2015, and street robberies were up 24 percent.

Brazilians attribute that to the country's recent recession, the worst Brazil has seen since the 1930s.

Authorities have promised to keep the area safe, pledging 85,000 troops and police to keep the peace for the games. But there's not a lot of faith in Brazil's government at the moment.

The country is in the midst of a massive political upheaval. President Dilma Rousseff is facing an impeachment trial after being accused of diverting money from state-run banks to mask budget shortfalls.

Plenty of other Brazilian lawmakers also face accusations of corruption, causing millions of people to protest across the country.

Athletes have also expressed concerns about the Zika virus, the mosquito-borne illness that's putting Brazilian children and mothers at risk.

The World Health Organization estimated more than 2,500 babies born in the country will suffer from microcephaly, a birth defect associated with the virus.

And the games themselves could end up being a problem as well. The conditions of the venues are worrying athletes. A cycling test event slated for May had to be postponed because the track wasn't ready.

But the most concerning aspect is the water around Rio. Athletes have complained about raw sewage, and the reigning windsurfing champion called the conditions "disgustingly filthy and dangerous."

Nevertheless, authorities have promised the games will be safe for both athletes and the 300,000 expected visitors. The Rio de Janeiro games are set to open Aug. 5.

This video includes clips from TV NBR and The Telegraph and images from Getty Images.