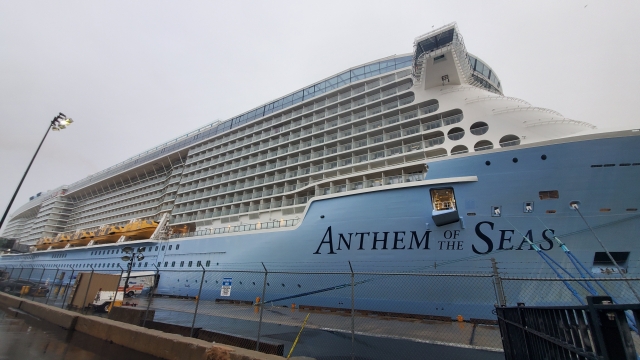 At least four passengers from the Royal Caribbean ship Anthem of the Seas have been taken to a nearby hospital for further screenings.

Passengers from a cruise ship docked near New York City were screened for the coronavirus before disembarking Friday. The cruise had just returned from traveling for 12 days in the Caribbean.

At least four passengers from the ship, Anthem of the Seas, have been taken to a nearby hospital for further screenings. In addition, 23 Chinese nationals were screened for symptoms on board before being allowed to catch flights back to China, according to NBC.

The screenings come as the number of confirmed cases continues to climb into the thousands and as cases of the virus are discovered on other cruise ships.

Local authorities say they are monitoring the situation closely. Meanwhile, the cruise operator, Royal Caribbean, says the ship is still scheduled to depart for another trip Friday evening. Royal Caribbean says it has tightened its health screenings to protect guests and crew members from the spread of the virus.