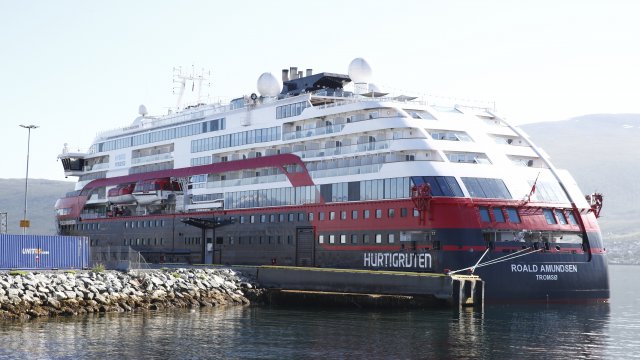 Hurtigruten's CEO apologized Monday and announced all trips for the MS Roald Amundsen and two other ships would be halted indefinitely.

Dozens of people on a Norwegian cruise ship have tested positive for COVID-19 after the cruise line said the crew did not follow several internal procedures.

The cruise line's CEO apologized Monday and announced all trips for the MS Roald Amundsen and two other ships would be halted indefinitely.

The outbreak has infected at least five passengers and 36 crew so far.

And health officials fear the potential exposure for dozens of towns and villages along Norway's western coast.

The ship sometimes acts as a local ferry, with passengers getting off and on the ship along its route.

All of the ship's 158 crew members were tested and 122 came back negative. The outbreak's origin hasn't been traceable thus far since passengers come from around the world.