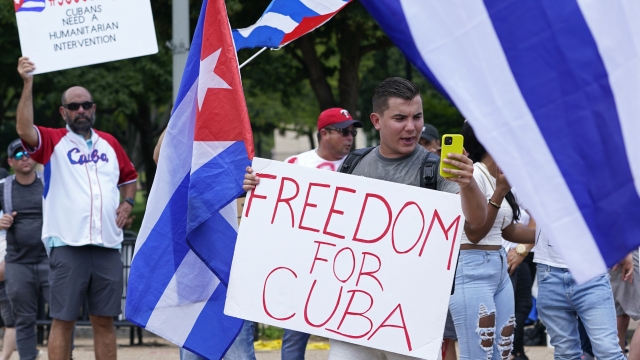 Cuba is shrugging off the latest sanctions by the U.S.

On Friday, the foreign minister dubbed them "irrelevant," saying the U.S. had no "legal, political or moral authority" to police the world.

His comments come a day after President Biden slapped new sanctions on a Cuban military official and a special police unit, following violent crackdowns on protesters earlier this month.