Cuba Gooding Jr. Could Have Comeback With O.J. Simpson Role 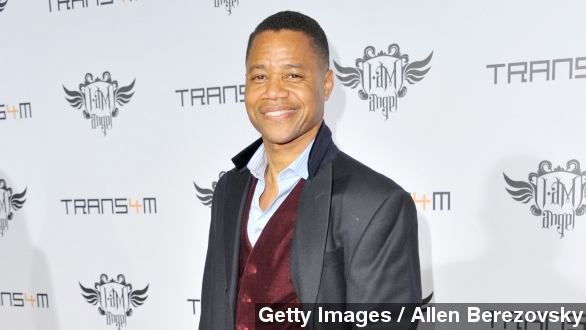 The series is based off the book "The Run of His Life: The People v. O.J. Simpson," which chronicled Simpson's murder trial from the perspective of the prosecutors and defense attorneys.

In 1994, Simpson, a former NFL player, was tried for the murders of his ex-wife, Nicole Brown Simpson, and her friend Ronald Lyle Goldman. Eight months later, O.J. Simpson was acquitted after the jury found reasonable doubt given the evidence located at the scene. (Video via CNN)

We first heard about the "American Crime Story" series when Deadline reported back in October that FX had greenlighted 10 episodes.

And if the series' name, "American Crime Story," sounds similar to a currently popular FX show, there's a reason.

It's created by Ryan Murphy, who also heads up "American Horror Story." The show's fourth season is currently airing.

But Murphy told The Wall Street Journal he and his team are trying hard to differentiate this new series from the "American Horror Story" franchise, saying: "We didn't want to do a 'killing of the week' thing. We're interested in exploring crime cases that changed the landscape of America. It's not going to be like 'American Horror Story' — it's much more serious, it's much more dramatic."

This will be the first TV series for Gooding Jr. in which he stars as the lead.

Probably best known for his role in the Tom Cruise film "Jerry Maguire," his career has slowed in recent years, but he appeared in "Lee Daniels' The Butler" and is set to star in "Selma," which hits theaters in January.

This isn't too big of a surprise, since Paulson has starred in all four seasons of Murphy's "American Horror Story."

And Murphy is pretty well-known for casting the same actors in many of his projects.

"American Crime Story" is set to start filming in early 2015. As of now, no premiere date for the series has been confirmed.