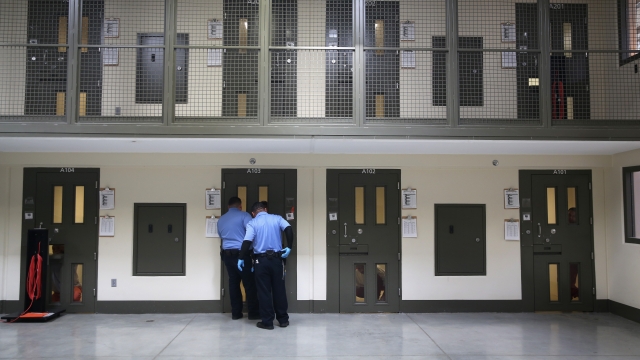 He's the sixth person to die in ICE custody since October, and the second in the past week.

U.S. Immigration and Customs Enforcement officials say a Cuban man in their custody died Monday morning at a Miami hospital.

The 63-year-old man, who was waiting to be deported to Cuba as part of a immigration court order from 2000, died of a cardiac arrest, according to ICE.

He's the sixth person to die in ICE custody since October, and the second in the past week.

On Saturday, a British man was pronounced dead after he was found unresponsive in his cell at an ICE facility near Jacksonville, Florida. ICE officials say his death appears to be self-inflicted. And on Jan. 1, a French citizen in ICE custody died of cardiac arrest in Albuquerque, New Mexico.

ICE said in a press release about the Cuban man's death that the agency is "firmly committed to the health and welfare of all those in its custody" and is reviewing the incident.