Cuban President Raul Castro Is Stepping Down Later Than Expected 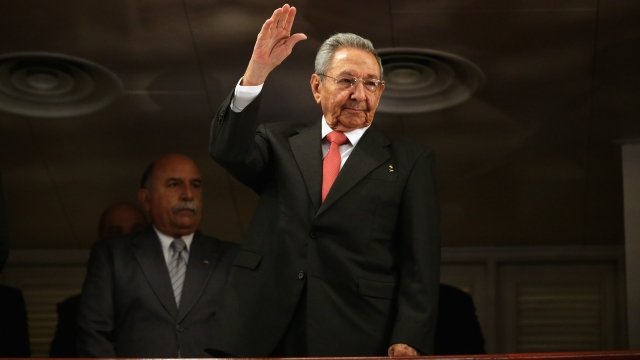 Castro told lawmakers Thursday, "When the [new] National Assembly is constituted next April 19, my second and last term will have concluded."

Raul Castro will continue to serve as Cuba's president for a little longer than expected, thanks to Hurricane Irma.

According to The Associated Press, Castro told lawmakers Thursday, "When the [new] National Assembly is constituted next April 19, my second and last term will have concluded at the head of the state and the government and Cuba will have a new president."

The Trump administration wants Americans to support privately owned businesses and the Cuban people — not the Cuban government.

Castro previously said he would step down from his position in February.

But Cuba's Parliament announced earlier Thursday it voted to extend the current legislative term from February to April due to widespread damage from Irma, which hit the country back in September.

Castro has been Cuba's leader since 2006. Many have speculated Vice President Miguel Díaz-Canel will take his place.