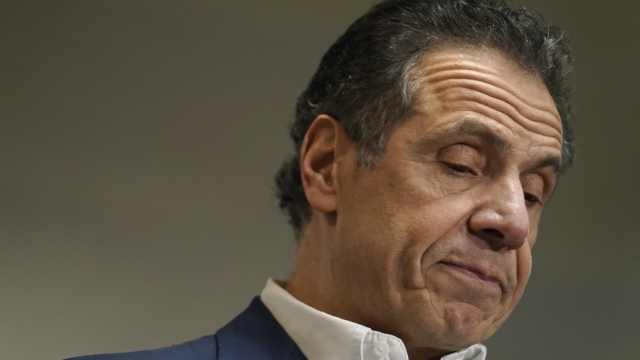 The investigations into New York’s embattled Gov. Andrew Cuomo… said to be advancing quickly… as both the state’s attorney general and the state’s assembly look into sexual misconduct allegations against him.

Heastie said in a statement: "Hiring Davis Polk will give the committee the experience, independence and resources needed to handle this important investigation in a thorough and expeditious manner."

But the attorney representing Charlotte Bennett, Cuomo’s second accuser, said she is alarmed by the pick. Debra Katz said in a statement the Davis Polk firm has an "unacceptable conflict of interest’ citing its connection to Dennis Glazer, a former partner of 30 years who has ties to the governor.

Cuomo appointed Glazer to the board of SUNY-Purchase. And the board that helps pick sites for casinos. He is also married to Cuomo ally and state Supreme Court Judge Janet Difiore.

Katz did have high regards for the attorney general’s investigators. "They are very experienced and know just what they are looking at," Katz said. Katz says Bennett spoke with investigators for four hours, handing over 120 pages of evidence.

Either way, a recent New York Times report is likely catching the attention of both investigative teams. Cuomo himself was reportedly involved in efforts to discredit at least one alleged victim, Lindsey Boylan.

The Times reports people tied to the governor circulated an open letter attacking Boylan’s credibility and Cuomo was allegedly involved.It’s this exact type of alleged behavior that’s a focus of both probes.

Cuomo continues to deny any wrongdoing, and says he supports the  investigations.