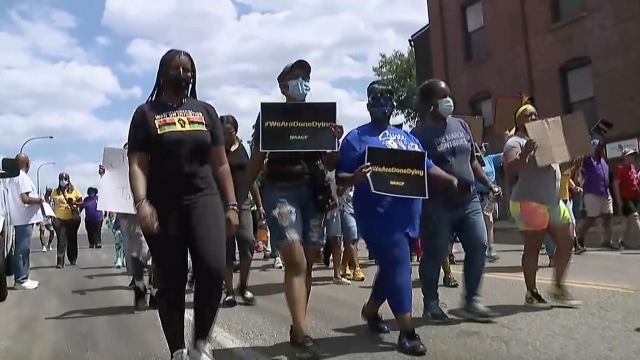 In Akron, Ohio, 4th of July celebrations were canceled and a curfew was instituted overnight, as demonstrations continue following the police killing of Jayland Walker.

Akron's police chief says traffic video appears to show a shot fired from Walker's car after he was pulled over for a traffic violation, but he did not have a weapon on him when he tried to run from officers and was eventually shot.

Eight officers directly involved in the shooting are on unpaid leave while a criminal investigation is underway.