This Cute New Space Drone May Take Over Some Astronaut Duties 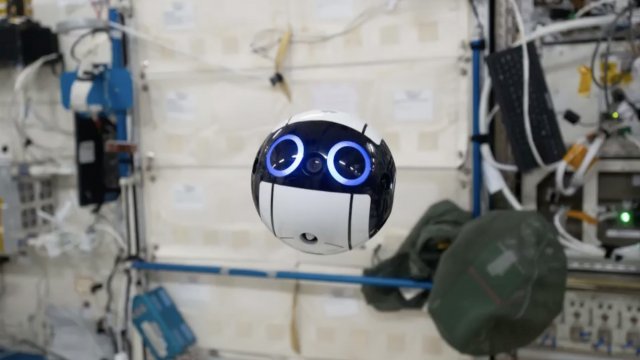 There's a new camera drone at the International Space Station, and it isn't just adorable — it's useful, too.

It's called the "Int-Ball." At 15 centimeters in diameter, it was created in part to take over photography responsibilities from astronauts.

Right now, 10 percent of their time is spent taking pictures and recording video of their work and equipment.

The Japan Aerospace Exploration Agency, or JAXA, just released pictures and video taken by the Int-Ball for the first time. It was delivered to the space station using a SpaceX Falcon 9 rocket in early June.

This is JAXA’s first outer space drone that can record video. The camera sits right between the bright spheres that look a lot like big blue eyes.

How This Company Plans To Mine The Moon's Resources By 2020

A private company wants to mine the moon for resources by using a fleet of robots.

It can move in any direction, creating images from every angle. It's remote controlled by users back on Earth and records in real time.

That means researchers on Earth can check the work and experiments of the crew in space as they're happening.

The ball is still being tested, but the creators hope it will serve as a catalyst for future experiments.