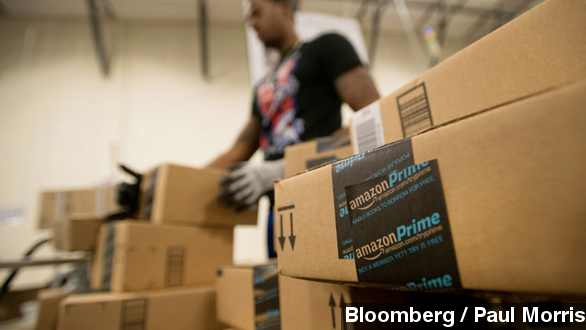 Online sales surpassed the $2 billion mark for the first time ever, but sales from the holiday weekend still fell short of expectations.

After a disappointing Black Friday weekend for brick and mortar retailers, Cyber Monday set a new record in online sales topping $2 billion for the first time ever.

Cyber Monday was the fifth straight day of record breaking online sales as some online retailers have earned more than 10 percent of their annual sales just since Thanksgiving Day.

Bloomberg explains: "The results deliver another blow to physical stores, which just suffered the first spending decline on a Black Friday weekend since 2009."

Meanwhile, Internet retail giants like Amazon saw sales increase 44 percent from last year's Cyber Monday, while sales on eBay were up 32 percent according to ChannelAdvisor, which tracks third-party sellers. (Via YouTube / Hazel Ramirez)

ChannelAdvisor's CEO told USA Today: "The online marketplaces are doing well in part because shoppers are heading to those sites to find popular products that are selling out at regular retailers ... "

While online retailers dominated sales on Cyber Monday, so-called "brick and click" stores like Walmart prevailed in total sales for the holiday weekend.

By Monday afternoon, Walmart.com had already sold out of Xbox One and Playstation 4 gaming consoles, and those weren't even on sale. The company says major online-only savings on TVs and tablets also drove consumers to buy from the website. (Via CNBC)

But, the boost in online sales hasn't been enough to make up for a holiday shopping weekend that fell short of expectations.

"Overall, it seems consumers are cutting back a little. They're not spending quite as much as they spent last year. On Thursday and Friday, they spent about $1.7 billion less than last year. So, we're going to see that continue right up until the holidays." (Via CNN)

And The New Jersey Star-Ledger notes: "an NRF survey indicates that shoppers trimmed their gift-buying budgets from $423 [last year] to $407 ... this year over the holiday weekend."

2013 will also be remembered as the year holiday shopping went "mobile." A third of all online shopping was done through a smartphone or tablet, and that figure could continue to rise as retailers extend their Cyber Monday deals throughout the rest of the week.