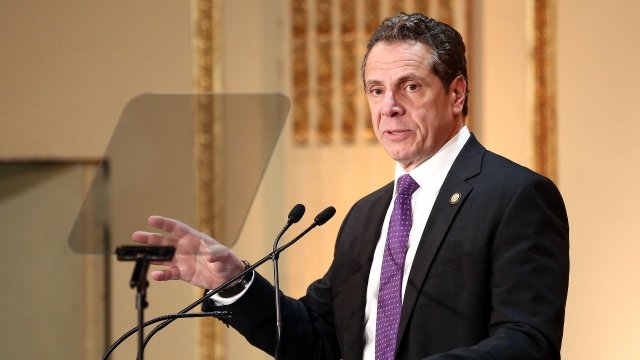 New York gubernatorial candidate Cynthia Nixon is hitting her primary opponent on his tax record. But is she right?

Actress and New York gubernatorial candidate Cynthia Nixon is wasting no time going after her party's incumbent governor and her rival in the primary contest, Andrew Cuomo.

She said since taking office, Cuomo has "given massive tax breaks to corporations and the super rich."

That's not really the case. Gov. Cuomo did raise the threshold for the estate tax from estates worth more than $1 million to estates worth $5.2 million or more. But experts say that doesn't do anything for the truly super rich.

Nixon has a point that Cuomo has allowed an easing of taxes on corporations — their rate was slashed from 7.1 percent to 6.5 percent. But that's not really a "massive" cut. That said, the corporate tax rate for manufacturers was eliminated under Cuomo as part of a budget deal.

So, yes, Cuomo has overseen some easing of taxes on corporations and wealthy earners. But few of the cuts have been "massive," and fewer have been for the super rich.