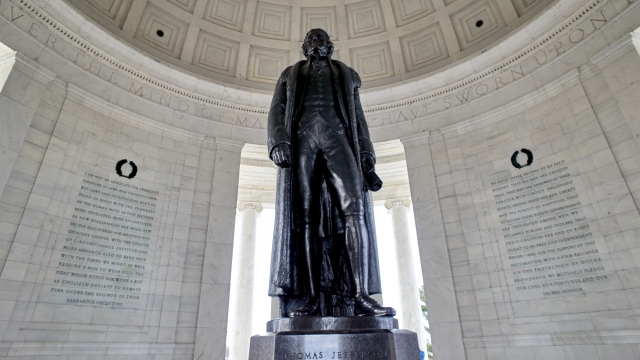 The public sites are currently named after people tied to slavery and racial injustice.

A Task Force recommended renaming dozens of public schools, parks and government buildings — including those named for presidents — over their namesake's ties to slavery, prejudice and bigotry. The committee's report received a mixed reaction by D.C. City Council members, who would be voting on the matter.

But the White House vowed to block any changes to monuments on federal land. In a statement, the White House said Bowser "ought to be ashamed for even suggesting" the idea. A spokeswoman for the Mayor's Office said Bowser has asked the committee to refine its recommendations "to focus on local D.C."

The exchange between the White House and Mayor Bowser comes amid renewed dialogue about systemic racism in the U.S. In recent months, protesters nationwide have toppled or defaced memorials honoring Confederate leaders and colonial figures. Similar statues have also been removed elsewhere in the world.

Some people say the U.S. monuments serve an educational purpose. But critics argue they're a reminder of the nation's history of racial abuse and oppression.