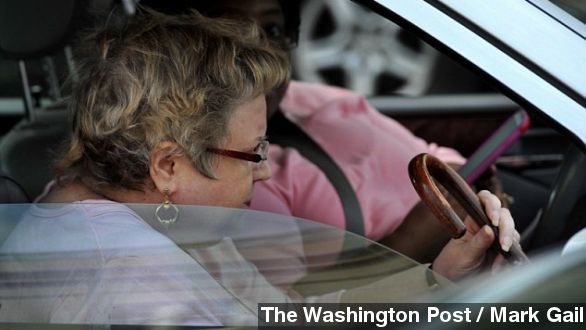 A D.C. woman has called 911 thousands of times during the past few decades, prompting the city to try to appoint her a guardian.

Apparently there is a limit to how many 911 calls you can make, and a D.C. woman is learning that the hard way.

Over the past 30 years, Martha Rigsby has become the most frequent dialer of the three-digit number in D.C. history, totaling thousands of calls. (Via The Washington Post)

It started when she had a fainting spell in 1977, and the calls continued from there. In the past year, she has accounted for 226 emergency calls and rode an ambulance 117 times. And it's costing not only taxpayers but Rigsby, too. She owes more than $60,000 to D.C. emergency services. (Via Daily Mail)

It also takes time away from a service that is already stretched thin. The firefighters in the district even know Rigsby's birth date and Social Security number by heart. (Via YouTube / Ron Roberts)

But it's no laughing matter for the city that's now searching for a solution. The Department of Behavioral Health claims Rigsby has bipolar and borderline personality disorders and is requesting she be assigned a court-appointed guardian.

Rigsby opposes that idea, but for the city, it’s all about trying to find a more permanent fix. The medical director of the D.C. Fire and Emergency Medical Services Department told The Washington Post these are "uncharted waters."

And while it might be "uncharted waters" for D.C., cases like Rigsby's aren't uncommon; in fact, there's a name for callers who tend to be health system burdens — "super users" or "frequent flyers."

And in Oregon, a state that has permission to conduct "health care experiments," it had an issue with a so-called "frequent flyer" who was constantly in the ER. (Via Wikimedia Commons / zntrip)

The solution is pretty similar to what D.C. is trying to implement. The "super user" was assigned a guardian of sorts. She helps schedule doctors' appointments and goes along. She's involved much like a family member might be. (Via Kaiser Health News)

As for Rigsby, if the court does decide to assign her a guardian, he or she would be responsible for doing things like hiring aides, filling prescriptions and helping improve her daily life.  (Via New York Daily News)

According to court testimony, Rigsby called 911 about 40 percent of the reported times. The others were made by witnesses who saw her fall and then heard her yell for help. The proceedings will resume in January after Rigsby undergoes further mental evaluations.