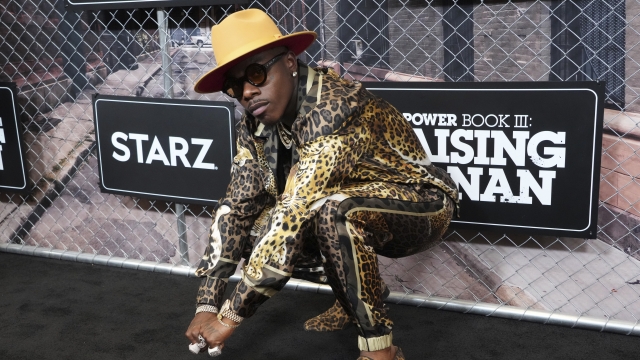 The rapper made insulting comments about gay men and people with HIV at the Rolling Loud music festival one week earlier.

Rapper DaBaby was cut Sunday from Lollapalooza's closing lineup following crude and homophobic remarks he made last week at a Miami-area music festival.

The Grammy-nominated artist, whose name is Jonathan Kirk, had been scheduled as a closing act on the final night of the four-day music festival in downtown Chicago.

Health experts say some COVID spread is pretty much inevitable, and they're worried about concertgoers carrying the virus home with them.

Lollapalooza organizers tweeted Sunday that rapper Young Thug would perform at 9 p.m. instead.

In recent days, artists including Madonna, Questlove and Elton John have denounced remarks DaBaby made during a performance last Sunday at Miami's Rolling Loud Festival.

Lollapalooza said it decided to cancel his performance because it's a festival founded on diversity and respect.