Daily Serving Of Yogurt Could Reduce Risk Of Type 2 Diabetes 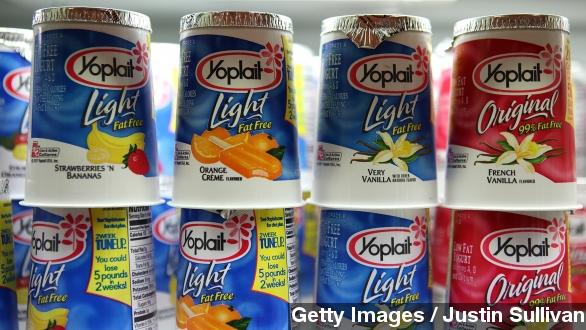 Need another reason to eat yogurt every day? Researchers now say it could reduce a person's risk of developing type 2 diabetes.

Hundreds of millions of people around the world have type 2 diabetes, and according to a new study, eating yogurt can reduce that risk.

But HealthDay reports the study's lead author Dr. Frank Hu also says, "It's not a huge effect, about an 18 percent reduction [in risk]."

Eighteen percent might not be that much, but it's pretty significant when you consider researchers found no reduction at all when compared to consumption of other types of dairy.

To come to these conclusions, Hu and his team of researchers from Harvard School of Public Health looked at the lifestyles and medical histories of health professionals from three different studies.

Medical News Today reports of the almost 200,000 participants, a little more than 15,000 reported having developed type 2 diabetes during the follow-up to those studies.

The researchers did not take into account what types or brands of yogurt the participants ate or whether eating more than a single serving — which the website Livestrong says is about 8 ounces — can increase the 18 percent reduction in risk.

People living with type 2 diabetes, which is the most common form of the disease, either have issues producing insulin or the insulin that their body produces doesn't do an effective job of processing the glucose in their bloodstream.

And type 2 diabetes is just one medical condition in a long list that yogurt seems to help.

Earlier this month, eating yogurt was found to lower depression. It's also been credited with lowering blood pressure and protecting pregnant women and children against heavy metal poisoning.

So why specifically yogurt and type 2 diabetes? Problem is, no one seems to know the answer.

Hu told Forbes, "One hypothesis is that the probiotics in yogurt may help to improve insulin sensitivity and reduce inflammation."

But he also suggested people who eat yogurt could just live healthier lives in general. So again, the researchers don't really know why there might be a link.

The study, which was funded by the U.S. National Institutes of Health, was published in the journal BMC Medicine.