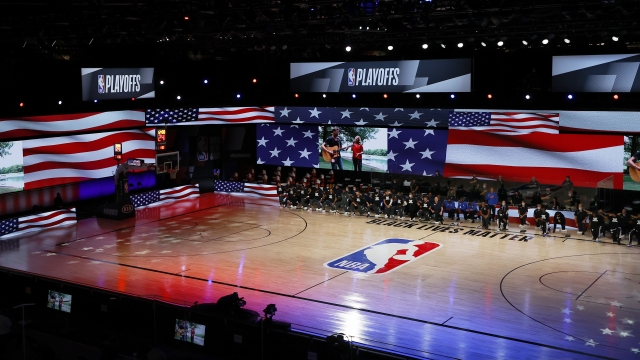 NBA rules require players to stand during the anthem, but the league has been very relaxed about its policy.

In the NBA, the Dallas Mavericks are no longer playing the national anthem before home games. In fact, the team hasn't played it at all this season.

Owner Mark Cuban did not explain his decision and there wasn't a formal announcement.

NBA rules require players to stand during the anthem, but the league has been very relaxed about its policy.

Many players have knelt for social justice causes. Last June, Cuban stood by players who did so. And then he got into it with Sen. Ted Cruz of Texas after Cuban tweeted, "The National Anthem Police in this country are out of control."