Dangerous Asteroid Strikes Not As Rare As Scientists Thought 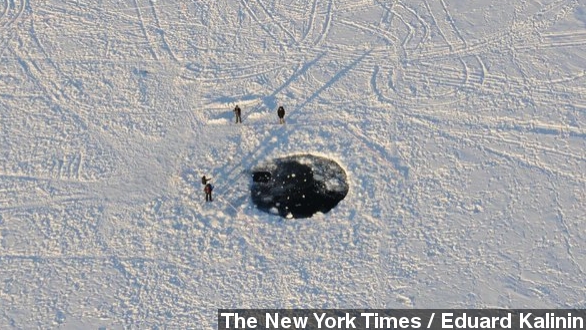 While not big enough to destroy a city, the asteroid that struck Russia earlier this year still poses a danger, and they're more likely than scientists once thought.

Remember the asteroid that exploded over Russia back in February? Scientists studying the impact have come up with some unsettling findings: we can expect events like that one way more often than we thought.

The videos from the strike in Chelyabinsk, Russia, swept the Internet, thanks to Russia’s ubiquitous dashcams. (Via YouTube / Andrei Borisovich Korolev)

The asteroid was 62 feet across and was travelling at about 40,000 miles per hour when it hit Earth’s atmosphere. (Via YouTube / Aleksandr Ivanov)

Except they’ve revised that number down quite a bit. Now they say it’s a once-every-25-years event. (Via Nature)

“In this new paper, the findings that are really new, are that the number of objects like Chelyabinsk that seem to hit the Earth are more than we thought before. That’s a new result.” (Via University of Western Ontario)

That’s a little worrying, considering scientists also say the Chelyabinsk strike could have been a lot worse: the asteroid was fractured and split apart early, instead of hitting as one big rock.

Plus objects like the Chelyabinsk asteroid are tough to track. NASA keeps a running tally on objects bigger than a kilometer across, which is good, because as one expert told The New York Times:

But much smaller asteroids can still cause quite a bit of damage if they strike a populated area, and scientists still don’t know where most of them are or what kind of risk they pose.

That’s why one group, called the B612 Foundation, is raising money to launch a new satellite that will track objects bigger than 450 feet across. That would give us a better idea of how many potential threats are out there.

An astronomer writing for Slate adds: “In a way, I’m glad the Chelyabinsk impact happened; it really opened the eyes of a lot of people to the dangers of these space rocks. ... In the long run, asteroid impacts are one of the more serious threats to our civilization, and one of the [very] few dangers we can actually do something about.”