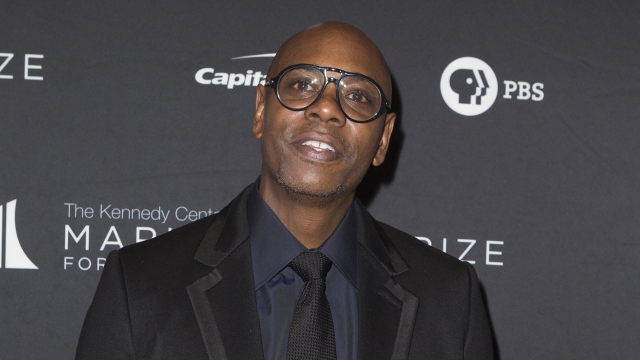 The comedian has been facing criticism over his most recent Netflix special, which was released three weeks ago.

It's been three weeks since the release of Dave Chappelle's most recent Netflix special.

Even if you haven't watched it, you've probably heard about some of the criticism.

The comedian responded to the backlash at one of his live shows.

"I want everyone in this audience to know that even though the media frames it as me vs. that community, it's not what it is. Let's not blame the LGBTQ community for any of this ... This has nothing to do with them. It's about corporate interest and what I can say and what I cannot say."

The controversy surrounding Chappelle's special focuses on jokes and comments made about transgender people.

The comic posted that clip from a weekend show in Nashville on his Instagram account Monday. In it, Chappelle said he's willing to meet with LGBTQ employees at Netflix who felt offended by his special. But he also says he's not "bending to anyone's demands."