Is The Election Stressing You Out? Here's How To Survive Until Nov. 8 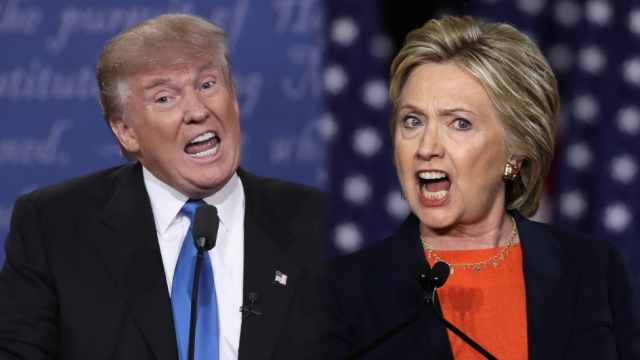 These tips from the American Psychological Association might help you cope with this aggravating election year.

This election year has been stressful.

So stressful, in fact, the American Psychological Association has released tips to curb the anxiety.

The organization did its annual "Stress in America" survey and found a little over 50 percent of American men and women are significantly stressed out by the 2016 presidential race.

And pretty much everyone is feeling it, though some more than others. Hispanic Americans were more likely to say the election is stressful than Asian Americans. And millennials and baby boomers said they were more stressed than Gen Xers.

The first tip APA recommends: Stay away from the media. Go figure.

Apparently the point-counterpoint angle that news sources have taken causes unease among the voting population. So, the best way to deal with it is to consume "just enough to stay informed" — like maybe a few Newsy videos?

Second, don't talk about the election if it creates tension.

Discussing it with family and friends is fine, as long as it doesn't escalate to a fight.

Next, the APA recommends distractions like volunteering or joining a club. Channeling anxiety into other activities can ease stress.

And finally, vote. Individual citizens have power in a democracy, and the best way to feel like you have control is to exercise that right.

Ultimately, the APA reminds us that life will go on no matter what happens. So go take a walk, get a drink with friends or play with a puppy. It's all you can do until Election Day, anyway.