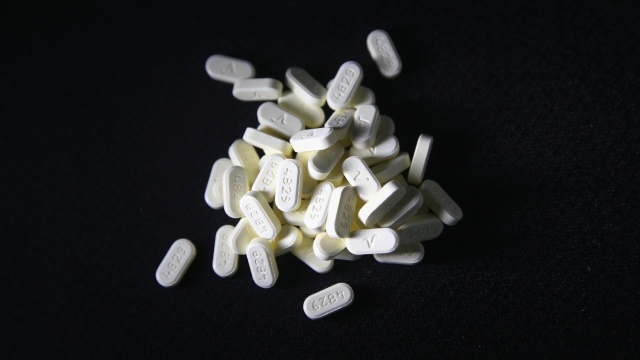 DEA proposes new regulations quotas for opioid manufacturers less than a month after the Department of Justice said it hadn't done enough.

The Drug Enforcement Administration is proposing new regulations quotas for controlled substances in response to the opioid epidemic.

In a statement on Wednesday, the DEA said proposed regulations "would further limit excess quantities of medications that might be vulnerable to diversion for illicit distribution and use."

According to the DEA, the regulations change how it grants quotas to manufacturers, as well as introduces new types of quotas it would grant to "certain DEA-registered manufacturers."

Those new types of quotas cover commercial sales, how the drugs are packaged, and how manufacturers get the chemicals needed to make the drugs.

This announcement comes less than a month after the Department of Justice released a report detailing how the DEA was slow to respond to the nation’s growing opioid crisis.

The Justice Department's inspector general said in a statement, "despite growing evidence that opioids were being oversubscribed and misused, DEA increased oxycodone production quotas."

According to the report, oxycodone quotas went up by 400 percent from 2002 to 2013, and they didn't start lowering until 2017, when the White House declared the opioid epidemic a public health emergency.

The public has 60 days to comment on the proposed regulations before the DEA drafts the final regulations. According to the Centers for Disease Control and Prevention, an average of 130 Americans die from an opioid overdose every day.