The DEA Still Isn't Easing Up On Medical Marijuana Restrictions 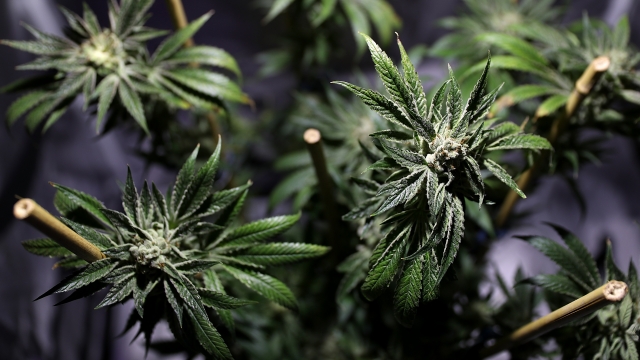 However, the government did say it will open up more avenues for marijuana research.

The federal government says it still won't endorse marijuana as a medication.

It's reported the Drug Enforcement Administration still thinks the drug's medicinal value hasn't been proved scientifically. But if you live in Washington, D.C., or one of the 25 U.S. states that's legalized medical marijuana to some degree, then this decision probably won't matter much to you.

Federally, marijuana is a Schedule I drug, along with heroin, LSD and ecstasy; those are considered the most dangerous and addictive and are believed to have no medicinal value.

Members of the public and even lawmakers have called for looser restrictions on the drug. The Pew Research Center published a poll in 2015 that showed around 53 percent of Americans support the legal use of marijuana, a majority of whom cited medicinal qualities as a reason to legalize.

But DEA chief Chuck Rosenberg told NPR on Wednesday: "This decision isn't based on danger. This decision is based on whether marijuana as determined by the FDA, is a safe and effective medicine. And it's not."

Yet, doctors have prescribed the drug to help treat epilepsy, chronic pain and other ailments with proven relief. So where's the discrepancy coming from?

Without a different classification and with limited access to the drug, it's difficult for researchers to prove the drug works as a medication for various conditions.

Currently, the only location in the U.S. where marijuana is grown legally for research is the University of Mississippi.

But the government is willing to work on that. Authorities say they will increase the amount of marijuana available for research and will open up more avenues for legitimate researchers to grow.