Deadline Day For Obamacare Website Fixes: Does It Work? 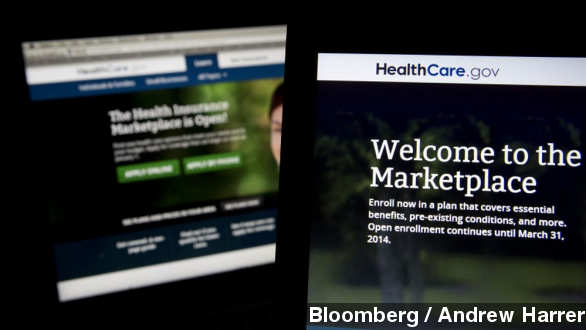 The White House set Nov. 30 as a soft deadline for the HealthCare.gov site to be fully functional to the &quot;vast majority&quot; of users, so is it working?

Saturday marks the Obama administration's self-imposed deadline to get the glitch-plagued HealthCare.gov website fully functional for the "vast majority" of users. But will the revamp be enough to restore confidence in the Affordable Care Act, or will support for the president's signature legislative achievement continue to dwindle?

It's been about nine weeks since the website's disastrous launch, which was filled with site crashes, error messages and delays — ultimately preventing many users from enrolling. (Via NBC)

Now, in what is playing out to be a high-stakes weekend for the embattled law, the Obama administration is racing to make last-minute fixes to the site to ensure the updates are complete by Sunday, the first of December. (Via CBS)

Jeffrey Zients, the man tasked with leading the team responsible for fixing the site, said by Saturday the site capacity will be increased to handle 50,000 users simultaneously and up to 800,000 unique visitors per day. (Via CNN)

And now when the website experiences high traffic which exceeds its capacity, users will be placed into a new queuing system that will give them an expected waiting time and notify them via email when they can return to the site.

The Wall Street Journal explains other updates made available to users Saturday: The average launch time of the website, previously clocked at eight seconds, is now down to less than one second. Web pages, which previously loaded incorrectly on average 6 percent of the time, also down to less than 1 percent. And pages have now been rebuilt with new visual cues, which The Wall Street Journal says make them easier to navigate.

While these fixes spell good news for a president whose approval ratings have plunged sharply, it doesn't spell the end of the website's problems.

Most of the documented fixes address issues on the front end of the website, but there are still problems on its back end and intermediary functions. (Via Fox News)

USA Today reports: ​"Technicians are still working on ... the portion that makes sure insurers get their checks when people who will receive subsidies enroll. As of last week, 30% to 40% of that work remained to be done."

And other problems include verifying and transmitting accurate user data to insurers. (Via ABC)

Fixing those problems may prove to be crucial for the administration, as consumers in the 36 states that aren't running their own insurance exchanges and the millions dropped from their current plan under the new law could go without coverage starting Jan. 1.

Politico points out those "who had policies in the individual market that don't meet new Obamacare benefit standards, have been fearful, angry and vocal in recent weeks. Many will qualify for subsidies in the new system – but they can't find that out without a working website."

The site went down for about 11 hours Friday night into Saturday morning. Leading up to the weekend, White House officials downplayed the maintenance to HealthCare.gov as a "re-launch" and said more repairs and upgrades will continue for at least the next month.