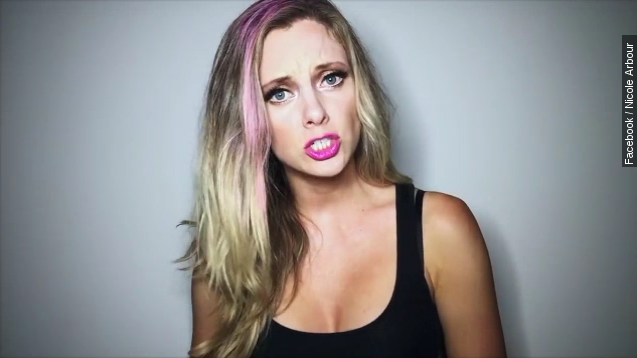 Comedian Nicole Arbour caused a massive uproar when she posted a video to her YouTube account titled "Dear Fat People."

"Fat shaming is not a thing. Fat people made that up." (Video via Facebook / Nicole Arbour)

In the video, Arbour criticizes people who are overweight and those who say being overweight is a disease. The controversial video went viral as thousands spoke out against it, saying things like "Fat shaming is not funny" and "Stop fat shaming."

Some even made emotional YouTube response videos calling Arbour a bully.

"You are a bully, you are a mean person and you are using your voice for negativity." (Video via YouTube / Kendall Rae)

According to CNN, Arbour received a warning email from Google that said she violated her terms of use. Of course, Google owns YouTube.

But considering the amount of push back she got from viewers, it's entirely possible they had the video taken down.

And some video responses called for viewers to sign a petition by liking and sharing their video to get YouTube's attention to take down Arbour's video.