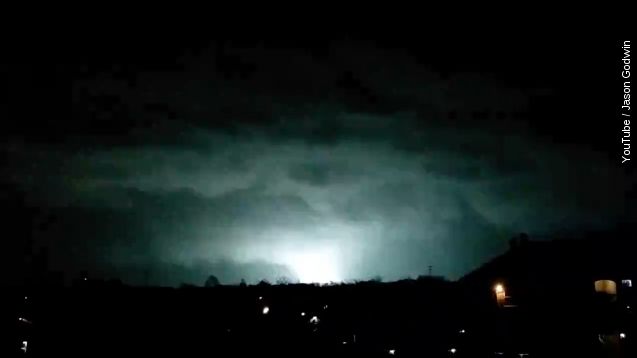 A string deadly storms bombarded the South, and the severe weather is expected to continue.

More deaths are being reported after a string of storms hit the southern U.S. (Video via YouTube / Jason Godwin)

Most recently, at least 11 were killed when tornadoes and severe storms moved through northern Texas.

Those storms came a day after a tornado ripped through Birmingham, Alabama, killing at least one person and trapping several others inside their homes.

"All of the sudden, the glass in my windows just broke, and it felt like someone was clawing the tin off of the house," said one eyewitness to WKRN.

Severe storms from earlier in the week killed 10 in Mississippi, six in Tennessee and one in Arkansas. (Video via WDBD)

Most of the south-central U.S. is facing some kind of severe weather threat, as thunderstorms, flooding, blizzards and ice are forecast to hit different parts of the region early in the week. (Video via WISH)