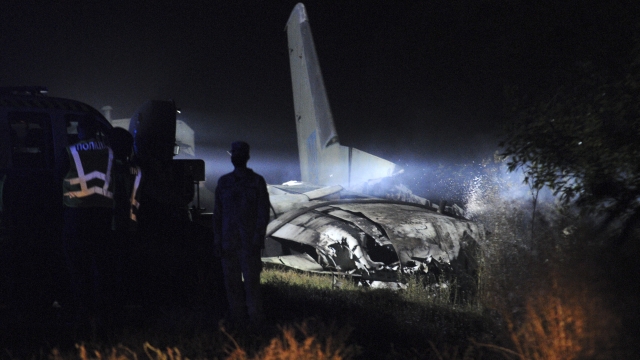 The plane was carrying 27 people from an air force university.

The death toll of a Ukrainian plane crash has risen to 26 people after searchers found two more bodies Saturday. One person survived.

The Ukrainian air force plane was carrying seven crew members and 20 cadets from a nearby air force university when it crashed while landing and burst into flames Friday.

The deputy head of the university said, "It's a big tragedy for all Ukraine, for our university, for aircrew. We feel concerned about this situation because we trained young boys who should defend our motherland."

Ukraine's president declared Saturday a day of mourning for the victims and suspended all flights of similar aircraft after the crash of the AN-26 turboprop airplane. The cause is under investigation.

The president said the plane apparently crashed during a training flight. At least 10 of the AN-26 planes have been involved in crashes since 2017, including one that killed 39 people in Syria.