Death Valley Just Sweat Through The Hottest Month In US History 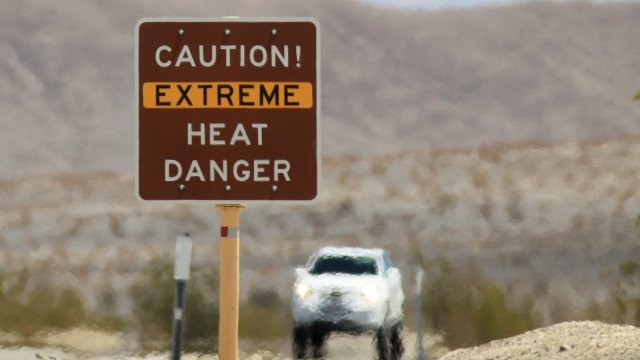 According to the National Weather Service, the average temperature for Death Valley in July was a blistering 107.4 degrees.

Death Valley is already well-known for being one of the hottest places on Earth.

But last month's temperatures there took things to a scorching new level.

According to the National Weather Service, the average temperature for Death Valley in July was a blistering 107.4 degrees.

That's the hottest month ever recorded in the U.S. and the second hottest in the world.

Cold War nuclear testing had a larger effect than anyone thought.

If 107 degrees doesn't sound that bad, remember this — the average also includes overnight temperatures, when things are supposed to cool off.

Death Valley's average daily high temperature in July was a staggering 119.6 degrees. And the temperature didn't dip below 89 degrees for the entire month.

But it doesn't look like relief is in sight for Death Valley or the rest of the West Coast.

A serious heat wave has already set record daily high temperatures in parts of Oregon, Washington and California. And the National Weather Service expects the hot weather to continue into next week.