December Is the Deadliest Month Of Pandemic 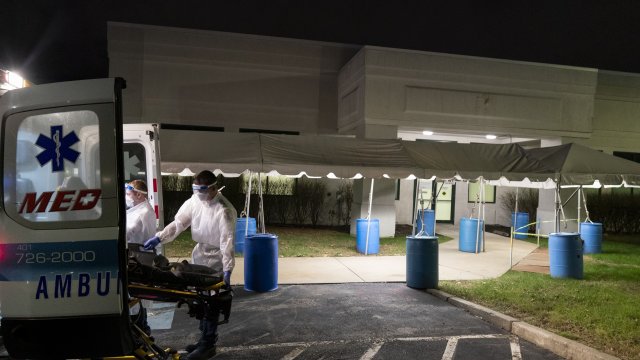 December is now the deadliest month on record during the pandemic.

You can see in this chart... Deaths this month surpassing the previous high in April.

More than 57-thousand people have died from the virus this month.

Think about this -- that's one death every two minutes since December first.

"We're going to have more deaths, more surge after the Christmas and new year's holidays." Said Dr. Rochelle Walensky "And all of those are going to manifest on, you know, around the end of January."

She says dark days are ahead... But the new administration is committed to building trust.

"We are committed to the science and we are committed to promoting public trust, transparency, to being accountable for our actions and communicating both to the American people what we know and when we know it." Said Dr. Rochelle Walensky

She'll lead an agency that's been criticized for some mistakes during the pandemic... Including contamination that caused delays in COVID testing early on.