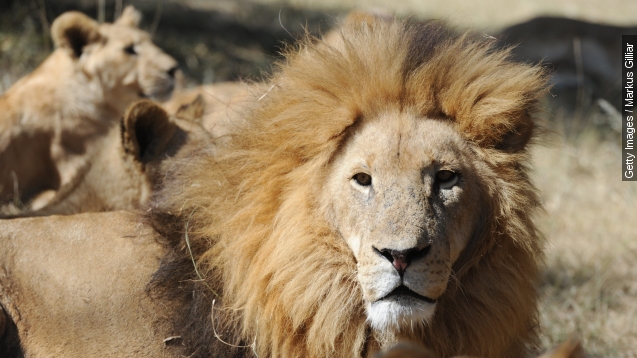 The U.S. Fish and Wildlife Service says it will add African lions to the endangered species list and tighten restrictions on sport hunting permits.

Drastically declining lion populations are getting a helping hand from the U.S. government.

Asiatic lions in India as well as central and west Africa are getting placed on the endangered species list while their relatives in southern and eastern Africa will be listed as threatened.

To further protect the big cats, the U.S. Fish and Wildlife Service also made it harder to get sport-hunting licenses by making the application process more stringent.

And this isn't just revenge for Cecil the lion, whose story sparked outrage after the research animal was shot and killed by a Minnesota dentist who had a permit for the hunt. Lions have been in trouble for a while.

The U.S. Fish and Wildlife Service reports that 43 percent of lion populations have been wiped out in the past two decades. There are just 1,400 of the Asiatic lions left in the wild, with 900 in Africa and just over 500 in India.

The service blames that number on loss of prey and habitat as well as the threat of being hunted by people.

That's why the government decided to tighten restrictions on those hoping to obtain licenses to hunt the animals or import them back to the U.S. as trophies. Hunters would have to prove they're actually benefiting the population overall.

U.S. Fish and Wildlife Service Director Dan Ashe said, "Sustainable trophy hunting as part of a well-managed conservation program can and does contribute to the survival of the species in the wild, providing real incentives to oppose poaching and conserve lion populations."