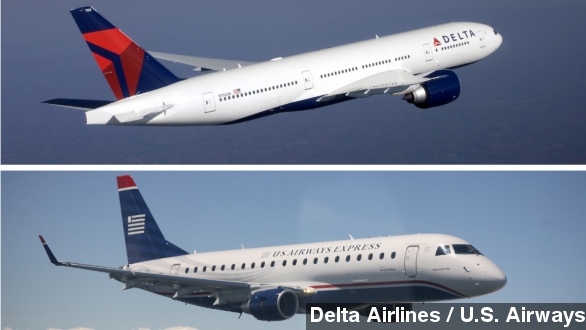 Delta and US Air have waived some fees in light of the massive winter storm barreling down on the northeast.

With a winter storm barreling eastbound through the U.S. just in time for Thanksgiving travels, Delta Airlines and U.S. Air are hoping to help out their customers by waiving airport fees.

"If you are east of the Mississippi and traveling by car you should expect to get some rain some sleet some snow and if you are flying you'll need to have a lot of patience." (Via NBC)

And because passengers are not usually all that patient, Delta and U.S. Air posted these messages on their websites basically saying if you are traveling to or from certain places you can change your flight times without dealing with the usual fees.

Delta Airlines was the first to make the announcement Monday evening and U.S. Airways followed about two hours later.

And for the rest of the Thanksgiving travelers, USA Today writes "It's likely other airlines will do the same as the storm approaches."

But this announcement comes late for those who traveled to and from Dallas Sunday and Monday.

But The Weather Channel does offer some comfort for those dealing with the winter storm — estimating there will be more rain than anything else.

According to AAA 43.4 millions of Americans will be traveling during the Thanksgiving holiday weekend. Safe travels everyone.