Delta Plans To Furlough 1,900 Pilots When Stimulus Runs Out 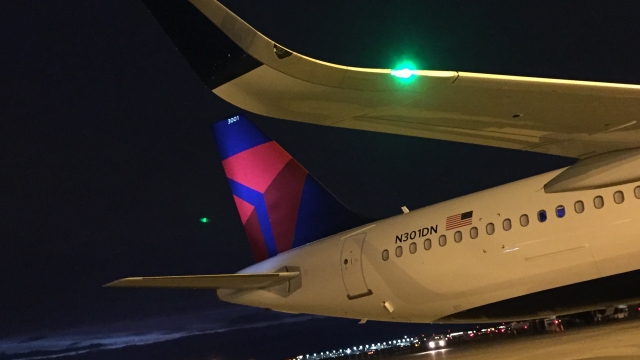 Delta took some measures on its own to avoid furloughs, such as offering buyouts, early retirements and asking employees to take leave or pay cuts.

The company said in a memo that the pandemic and resulting drop in demand for air travel has led to the airline being "simply overstaffed."

The company has kept workers employed after taking $25 billion in government stimulus money, but that runs out at the end of September.

That money was meant to keep airlines afloat by covering employees' pay through the pandemic. But Delta's CEO said it's only recovered 25% of revenues in six months.

Delta took some measures on its own to avoid furloughs, such as offering buyouts, early retirements and asking employees to take leave or pay cuts. The airline also parked 40% of its fleet in March. It ultimately posted a $5.7 billion loss in the second quarter.