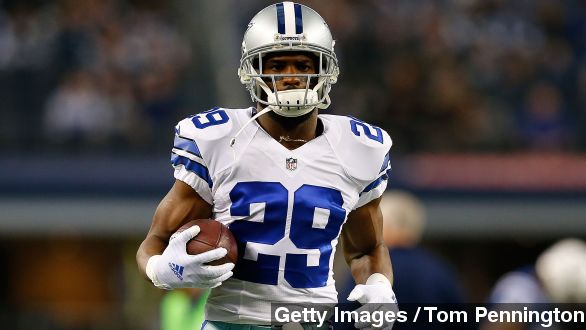 The 2014 NFL Offensive Player of the Year has agreed to sign a 5-year deal with the Eagles for $42 million.

It’s a done deal. DeMarco Murray, the NFL's top rusher last season and one of the most sought after free agents on the market, will reportedly play for the Philadelphia Eagles next season.

The 2014 NFL Offensive Player of the Year has agreed to sign a 5-year deal with the team for $42 million, with half that amount guaranteed.

According to a report from ESPN's Chris Mortensen, Murray was the one who put this in motion, too.

Mortensen's sources say Murray wants to play in Kelly's spread offense. The same system that helped him flourish at his alma mater, the University of Oklahoma.

Plus, Murray reportedly likes the prospect of taking the field alongside new Eagles quarterback Sam Bradford, who's one of his buddies from his Sooners days.

And debates started just as the sports media caught wind of the talks.

ESPN's Mark Schlereth said, "I'm not a believer in the fit there. He came from a two tight end, three tight end, fullback formation, heavy run.  Think about it. LeSean McCoy bouncing around, cut on dime, making three guys miss."

Murray's numbers with the Cowboys last season pretty much speak for themselves. He lead the NFL in total rushing yards and tied Seahawks running back Marshawn Lynch for most rushing touchdowns. (Video via Eastbay)

With numbers like that headed to Philly, Kelly is looking more and more like he's in the drivers seat this offseason rather than locked in the trunk.

Murray will have pretty good company in the backfield. He’ll be joined by Darren Sproles who averaged almost 6 yards a carry last season and recently-acquired Ryan Mathews who was the starter in San Diego last year and also agreed to a deal with Philadelphia Thursday.

Which will give the Eagles a very, very formidable backfield. Maybe Kelly knows what he's doing after all.