Dementia Cases Will Triple By 2050: Report 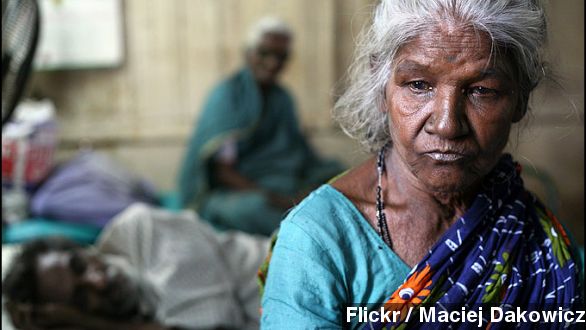 ​Updated estimates from Alzheimer's Disease International predict 135 million people worldwide will be living with dementia by 2050.

​Updated estimates predict dementia could be a much larger global problem than originally thought, projecting 135 million people worldwide will be living with the disease by 2050.

"Many governments are woefully unprepared for a growing dementia epidemic. Forty-four million people have the disease already, but that could triple by 2050." (Via Al Jazeera)

That's right: triple. The report from Alzheimer's Disease International is being presented at the G8 summit on dementia in London next week — the first G8 summit of its kind.

Dementia research advocates hope the summit will redouble international efforts to find treatments and cures, and the policy brief calls the latest dementia estimates an "epidemic" demanding action. (Via The Raw Story)

Dementia is a chronic brain disorder that hampers cognitive abilities and is usually found in people over age 65. Nearly 40 percent of cases are found in high-income countries. (Via BBC)

However, the majority of dementia cases are already found in low- and middle-income countries, and as Time reports, that number is bound to increase because people in those nations are living longer. (Via CBC)

"What's troubling about the latest statistics is that by 2050, 71 percent of dementia patients are expected to be in middle income and poor countries, such as those in Southeast Asia and Africa, that are not prepared for the surge."

According to Science World Report, the findings will be used to form better policies and improve existing medical and social care services.

Dementia services currently have global cost of $600 billion, which is roughly 1 percent of the the global GDP.