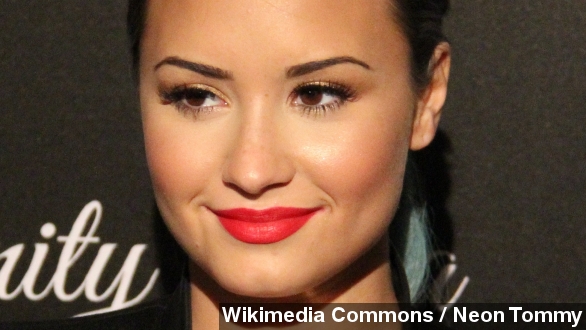 Demi Lovato has confirmed she won't be returning to "The X Factor" as a judge next year.

Demi Lovato has confirmed she won't be returning to "The X Factor" as a judge next year for the show's fourth season.

The 21-year-old singer told reporters Wednesday night she wants to turn her attention to her music for the next year, and the show's schedule would conflict with that. (Via Walt Disney Records / Demi Lovato)

"I started the show being a singer and a musician, and so I'm going to go back to that. It's been really great, but I'm so excited for 2014. I'm going to dedicate it completely and entirely to music — touring and making a new album." (Via The Hollywood Reporter)

Besides her "X Factor" position, Lovato has a lot on her plate already.

She's set to kick off her first arena tour Feb. 9 in Canada to promote her latest album, "Demi." The tour will last until the end of March. (Via YouTube / DemiLovatoVEVO)

And she's also writing a memoir to follow up her first book, "Staying Strong: 365 Days a Year," which hit shelves in November. (Via Amazon)

"The X Factor's" third season was Lovato's second as a judge, and she and series creator Simon Cowell were the only two judges from the second season to return for the third. (Via Fox / "The X Factor")

Cowell also confirmed Lovato's departure on Twitter, saying, "Because of her tour next year it was unlikely she could do that and X factor. She and I have had our ups and downs but now consider her a true friend. The door will always be open. And thank you Demi." (Via Twitter / @SimonCowell)

But the notoriously snarky judge was tight lipped about any potential replacements for the singer or any changes the show will undergo before the fourth season begins.

And even though the show's ratings have continued to fall, Cowell says he thinks it will return next year. (Via Entertainmentwise)

The announcement comes nearly two weeks after Lovato admitted to having drug and alcohol problems, including a cocaine addiction, before she went to rehab in 2010. (Via Access Hollywood)