Democrat Philip Murphy Is The New Governor Of New Jersey 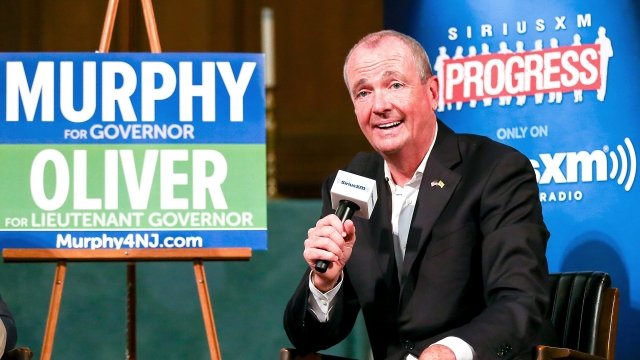 Many considered the race to be a referendum on Chris Christie's governorship.

Democrat Philip Murphy is the new governor of New Jersey.

Prior to winning the governorship, Murphy worked for Goldman Sachs and served as the U.S. ambassador to Germany. He served under former President Barack Obama, who endorsed him earlier this year.

Murphy will replace former Gov. Chris Christie, who was reported to be New Jersey's least popular governor according to a Quinnipiac Poll released in June. This gubernatorial race was seen by many as a referendum on his governorship.

Murphy's platform included raising the taxes on New Jersey's wealthiest citizens, increasing funding for public and community colleges, and legalizing and taxing recreational mariijuana. That's a move he claims would raise $300 million for the state.

Things Got Heated Between Chris Christie And A Sports Radio Caller

Christie was guest hosting on WFAN when a caller grilled him about his recent trip to a state beach that was closed to the public.

His win may not come as a surprise to some. He was leading the race against his opponent Lt. Gov. Kim Guadagno in the days leading up, and he was projected to win by NBC well before the official announcement. Back in October, Guadagno was trailing by $6 million in public matching funds.