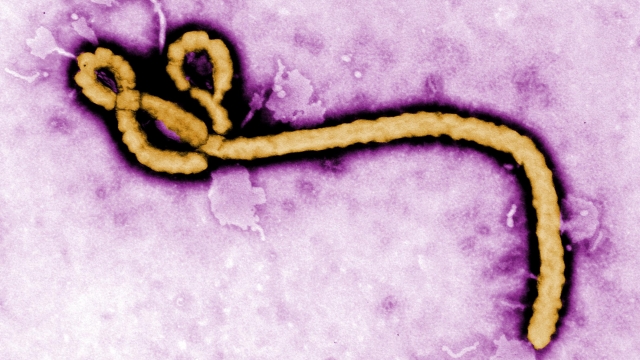 Eleven suspected cases of the Ebola virus have been reported in the Democratic Republic of Congo.

The Democratic Republic of Congo is dealing with a new Ebola outbreak.

News of the outbreak traveled slowly since it's in a remote region of the country. So far there are 11 suspected cases, including three deaths. One case has been confirmed.

Ebola spreads from person to person via direct contact with body fluids or with other mammals that are also infected — such as bats, monkeys and apes. The disease has a mortality rate around 50 percent.

Not one of the roughly 6,000 people in Guinea who were given the vaccine developed Ebola symptoms after at least 10 days.

The World Health Organization says it's working with local authorities to best combat the spread of the virus.

There are 12 vaccines in development that might work against the Ebola virus, but none of them have had large-scale testing. WHO thinks this outbreak might be a good chance to test at least one of them.

The last Ebola outbreak in the Democratic Republic of Congo killed 49 people in 2014.