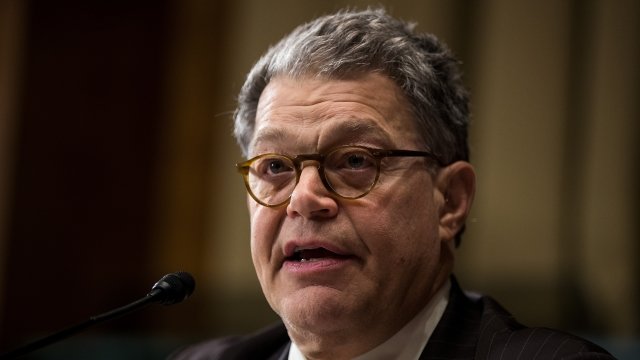 Franken made the announcement Thursday after an overwhelming number of Democrats asked for him to step down.

"Let me be clear, I may be resigning my seat, but I am not giving up my voice. I will continue to stand up for the things I believe in as a citizen and as an activist," Franken said.

Franken made the announcement Thursday after an overwhelming number of Democrats asked for him to step down.

Multiple women have accused Franken of forcibly trying to grope and kiss them. The most recent of these allegations came Wednesday.

Franken previously said he was "tremendously sorry" for his behavior but that he wasn't going resign. That was before he lost most of his party's support, including that of Senate Minority Leader Chuck Schumer.

Franken was elected to the Senate in 2008. His possible replacements reportedly include U.S. Reps. Keith Ellison and Tim Walz of Minnesota.